The Celtic Cup event was to held on 29th/30th January and brought together the best ILCA 6 and Topper sailors from each Home country, Scotland, Wales and Northern Ireland to compete together for the overall team prize. The event served as a combined training session for the top sailors from each home nation, with races included to constitute the Celtic Cup. On 28th January the RYANI Team of sailors headed off with RYA coaches Chris Penney and Barry McCartan along with Andrew Baker, RYANI Performance Manager, to Inverclyde National Sports Training Centre at Largs.

Unfortunately, two storms impacted the on the water schedule for Saturday.(Storm Malik and Storm Corrie) Saturday morning saw an early start with a gym session before breakfast, followed by a packed programme of workshops, talks and teambuilding activities. Athletes were mixed up across countries and teams, to share experiences and learning with different sailors and coaches.

On Sunday morning there was the "calm before the storm", racing was scheduled and launching began early. Race one began in light winds and steadily built to around 25kts making for very challenging sailing conditions. After four races (ILCA6) & three races (Topper) the decision was taken to finish the event. There were very strong individual performances in the NI team, particularly with the range of conditions.

According to Andrew Baker, RYANI Performance Manager, "it was a very close fight between Scotland and Northern Ireland. With Scotland's top two in the ILCA and consistency mid-fleet in the Topper they just managed to pip us. Notable results were Bobby Driscoll (BYC) and Autumn Halliday (BYC) in the Topper, and Tom Coulter (EABC) and Josh McGregor (BYC) in the ILCA. A few black flags and breakages may have come into the mix but show's we can be competitive. I am sure we can bring the cup home next year."

Well done to all the sailors within Team RYA NI, each individual performance supported the final outcome of RYA NI runners-up.

(Original article written by Adian Pounder - BYC - with Thanks) 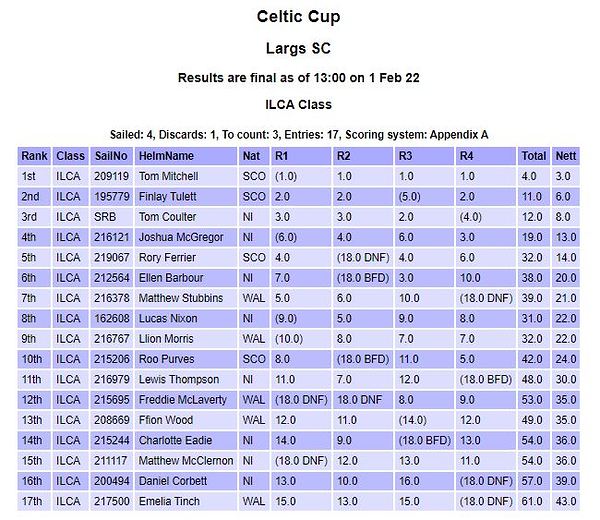 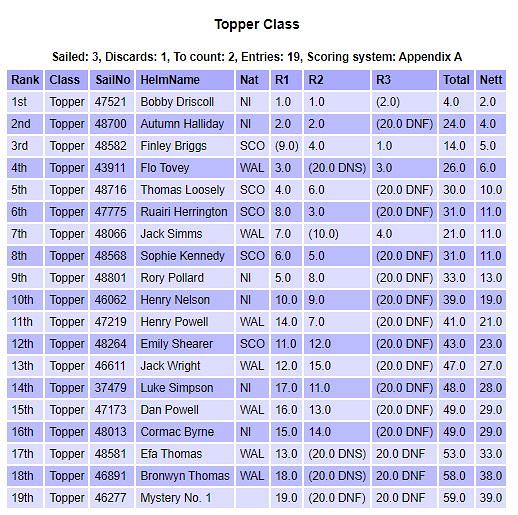 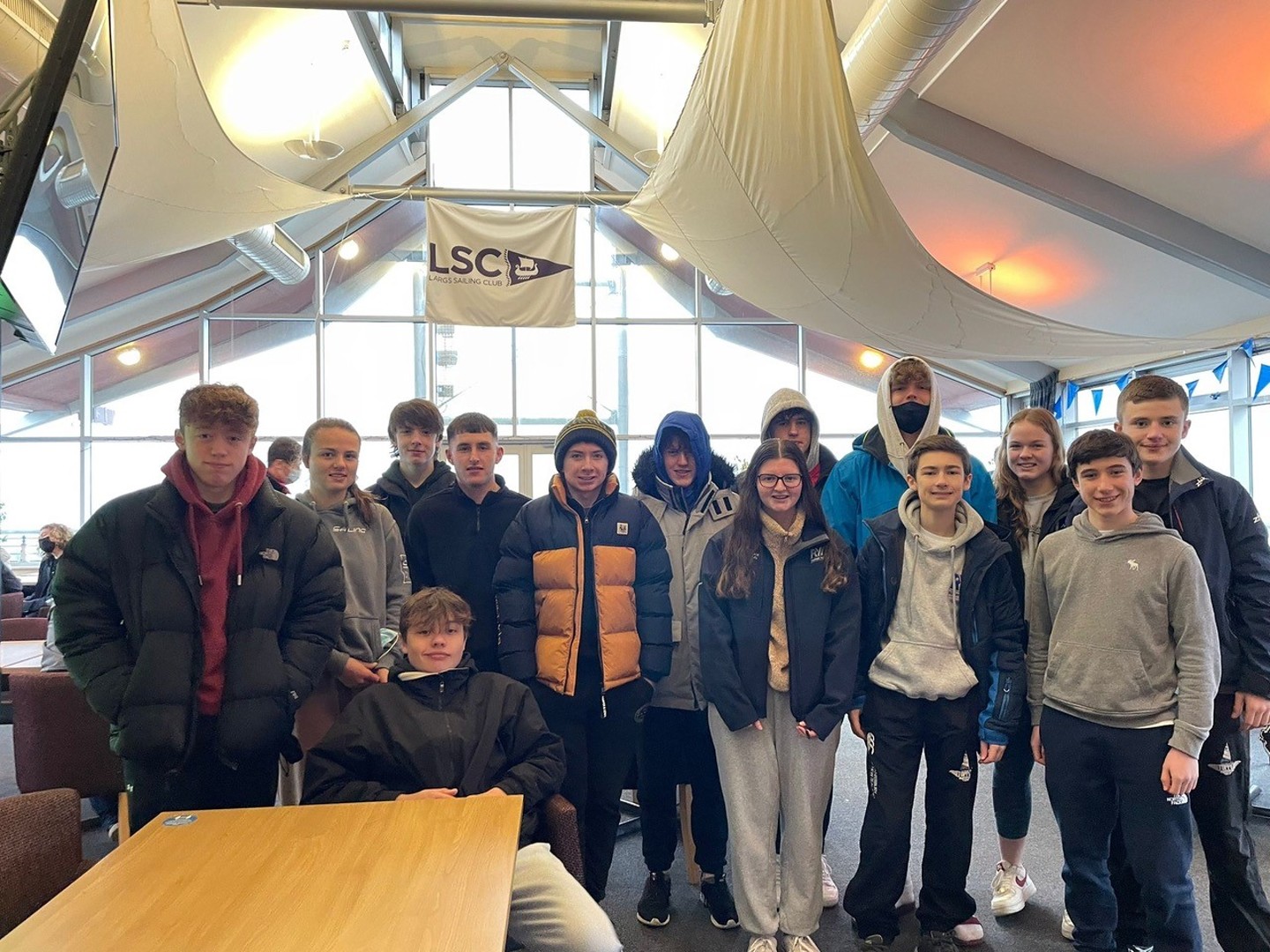