Share your love of reading with the Book Club within CAYC!

The Book Club discusses different books each month, has hosted guest authors, and also organised outings to relevant films and talks. The club meets every second Wednesday of the month at 8:00pm. Do feel free to come along, join in, and share your thoughts on the book and future books to be read. We are always keen to be introduced to new and different authors, and new members are always welcome. If you haven't read the book.... don't worry, enjoy the company and hear about something you might like to read.

Book club continued to meet during 2021.

The meeting on Wednesday 9 June 2021, was a first face to face meeting at the clubhouse since March 2020. The book selected is Klara and the Sun by Kazuo Ishiguro, to be led by Deirdre.

The Book Club has been meeting monthly on Zoom since March 2020, and the books read were:

May The Thursday Murder Club by Richard Osman

December 2020 Here is the Beehive by Sarah Crossan

November Diary of a Naturalist by Dara McAnulty (Jenni)

October The Girl with the Louding Voice by Abi Dare

June The Binding by Bridget Collins

May Apeirogon by Colum McCann 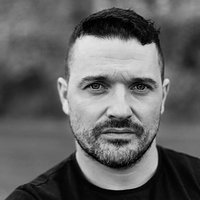 This event has been postponed due to the temporary closure of the club. The Book Club hopes to rearrange with Matthew once the club reopens.

Poet Matthew Rice reads from a sequence of sonnets that recount elements of his childhood and formative years through the prism of twelve films that made an impression on him growing up, commenting also on how one art form can inspire the other.

Matthew Rice was born in Belfast. Poems and reviews have appeared on both sides of the Atlantic, including Asheville Poetry Review, Poetry Ireland Review, The Tangerine, and in the anthology 'The Best New British and Irish Poets 2017', edited by Luke Kennard. He was awarded runner-up in the Seamus Heaney Award for New Writing 2017, and selected for the Poetry Ireland Introductions Series the same year. He received a SIAP award from the Arts Council of Northern Ireland for 2017/18.

Tickets £5 to include wine and nibbles.